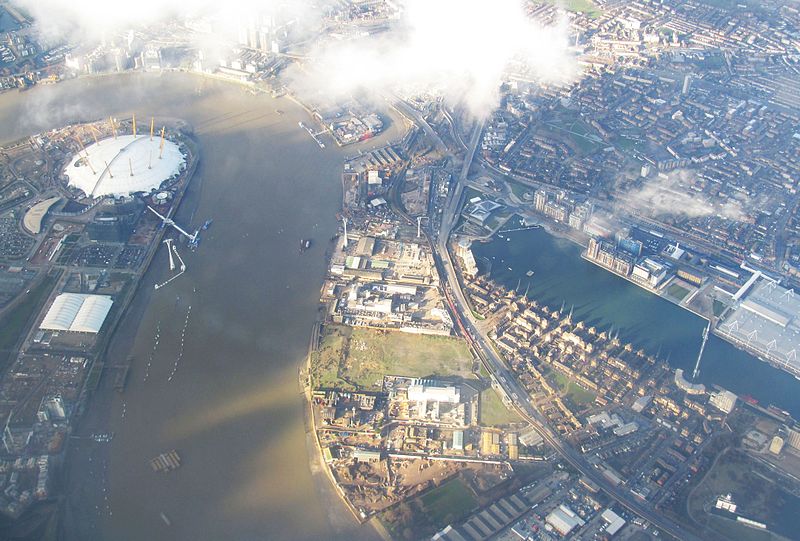 Efforts to lobby Transport for London and Greenwich Council to reverse plans to construct a new road tunnel from Silvertown are continuing despite some reports that a contractor for the £1bn scheme is close to being finalised.

Debunking the argument for the tunnel

Dan Thorpe's core argument is that London needs transport investment for "the infrastructure to keep the city moving" and that the routing of HGVs through Newham and Greenwich is an essential mechanism for achieving that. He asserts that any increased pollution can be compensated with technological solutions, saying "Where schools are adjacent to roads we have introduced an air filter system to protect kids from fumes." Finally, there is an appeal for the authorities on the basis that the Silvertown Tunnel should be thought to be self-financing in the long run.

This argument is wrong on at least three counts.

Firstly, asserting that improving city mobility necessarily requires road infrastructure to grow in keeping with the pace of population growth in the city implicitly foresees no change in the modes of transportation by its populace. In reality, over the past decades there have been substantial modifications in the methods of transport used by its inhabitants and it is mainly for want of integrated, effective, affordable alternatives to private car use in the south-east of London that keeps the car in its present dominant position. Investment in infrastructure to get around the city is required, but it should be into public transport and cycling highways. £1bn could extend the DLR as far as Bexleyheath, for instance.

Secondly, to support Silvertown Tunnel is to prioritise privileges over rights. It is a privilege to be able to drive a car through London in a manner which is (arguably) more direct and faster. But it is a right to breathe clean air – and rights are not dependent upon whether one has access to a 21st century equivalent of a gas mask. Schools may be protected from the worst impacts (though Invicta Primary and many other schools disagree) but what about all the ordinary people who suffer from poor quality air?

Thirdly, there is an implicit assumption that government policy will continue to facilitate personal car use over meeting our environmental goals in the medium term. Our view is different. Indeed, we believe that supporting the construction now will only make cancellation more expensive in the future, since the emerging consensus on radical emissions cuts raises the chances of project abandonment much more likely (and, most likely, the contractors are well aware of this and urging City Hall to rush it through).

Next year, the signatories to the global Paris Agreement on Climate Change will revisit and increase the emissions cuts targets required to avoid catastrophic rapid environmental degradation. Per the Climate Change Act of 2005, the United Kingdom has a legal commitment to cut emissions by 80% on year 2000 levels by 2050. The likely outcome of this negotiation is that our national targets will be ramped up. They have a chance of being met only through the deployment of innovative technological solutions (including such innovations as self-driving cars and displacement of private ownership with ride-sharing) matched to radical action on reducing current sources of emissions through behavioural change (including punitive taxation on petrol and diesel, especially in urban areas where alternative travel arrangements exist). To continue to forge ahead with a new road tunnel – which will cost 153,000 tons of carbon in construction emissions before even accounting for usage – in such circumstances is unrealistic.

Greenwich and Bexley Green Party does not stand in opposition to development, provided that it improves the status quo for ordinary people and for the environment and ecosystems that we are a part of. If there is a billion pounds available for making improvements to the lives of Londoners, then it is incumbent upon us to think about how to spend it in the best possible way taking into account all the relevant factors.

Our view continues to be that a new road tunnel runs a serious risk of drawing in increased amounts of vehicle traffic, worsening the air pollution and congestion issues it is supposed to alleviate. Redirecting the money towards alternative schemes which promote the reduction of personal car use while also increasing the overall mobility of people in Greenwich and Bexley will always be our priority.

We also believe that there are substantial improvements for managing the existing Blackwall Tunnel crossing far better. Smart technologies now allow for variable pricing based upon factors such as time of day, how polluting the vehicle is and the availability of alternative means of transport. A clever deployment of this kind of road pricing could achieve congestion reduction without requiring very much additional investment at all. 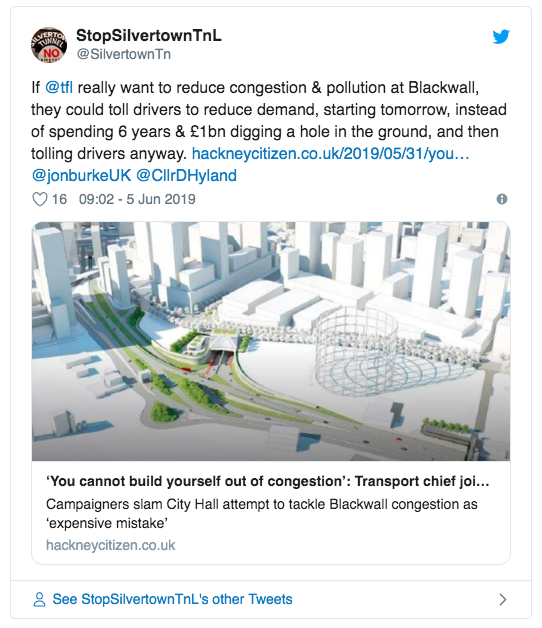 Published and promoted by Matthew Browne on behalf of the Green Party, both at The Biscuit Factory, Unit 215 J Block, 100 Clements Road, London, SE16 4DG.